How To Organize Your Piano Practice Into Sets 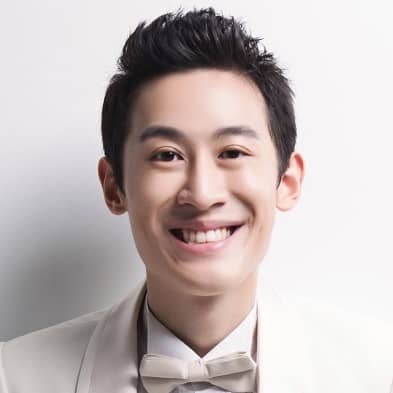 Much like lifting weights, practicing a sport, or studying for an exam, piano practice can be more effective when you group music and practice sessions into sets.

In this blog, I’ll explain how I organize my piano practice in sets and repetitions in a digestible way that you can apply to your own practice right away. If you would like to learn more about my piano lessons in Brooklyn for adults, please get in touch!

What Does It Mean To Practice Piano in Sets?

Linking Your Musical Sets Together Is Very Important

This kind of grouping is often necessary in highly technical passages - you will need to bite off tiny chunks of the music in order to learn the notes well, then practice connecting each chunk after you’ve mastered them individually.

Always having at least one “overlapping” note when practicing sectionally will help sections of the music to link together much more quickly and naturally. I think of practicing in sets as both setting a “standard” and having “checkpoints;” If I decide to pass at least 4 measure sets in a given area, for instance, I am setting a standard of excellence for at least 4 measures (plus the following beat) at a time.

If I can play perfectly to the end of the piece, then there is no need to stop at all. If I make a mistake within a 4 measure set, though, I will have to play that set perfectly before going onward with my practice. Often, it will be necessary to “solve” the set using problem solving skills. The size of the sets also may have to be adjusted - perhaps it is no trouble to pass 8 measure sets in an easier area, whereas I might only be able to manage 2 measure, 1 measure, or even just half measure sets in a particularly challenging section.

Are There Any Drawbacks to Practicing Piano Music in Sets?

One possible criticism for this method of practicing is as follows:

“But those divisions don’t take the music into account! Why would you arbitrarily chop phrases? Shouldn’t you practice one phrase to the next without splitting it up? Otherwise you ruin the continuity of the phrase. There’s no musical rationale behind those decisions.”

To me, this is rather like saying that practicing a phrase alone would ruin the continuity of the entire piece. I would practice a given phrase or section alone because it is that particular phrase that gives me trouble. Also, let’s say that there are a few notes at the end of a long phrase that are uneven. I would of course practice to fix those notes first rather than feel obligated to always play through the entire phrase each time.

Since phrases and gestures can be all different lengths and difficulties, it is likely that some of them will take much longer to learn and/or memorize than others if they are played only from the beginning. In fact, this would cause the beginning of each phrase to be practiced a disproportionate amount with not enough time spent on the ends. By practicing in sets, I feel that I can significantly reduce the amount of time spent to memorize difficult, convoluted sections.

It is a type of practice that, done well, results in no weak points and no neglected areas. In the end, each phrase can be played smoothly and beautifully much earlier because each has been learned and memorized so logically and efficiently.

Key Principles To Keep in Mind While Practicing Sets

When practicing a piece at the piano, each set should be played mentally after playing it physically (both from memory, of course). When doing detailed mental practice away from the piano, it is a good idea to be practicing in sets of some kind unless the entire piece can already be pictured without much trouble.

If You Have Trouble Passing a Set, It’s Usually Smart To Practice the Second Half First

Pass the “Three Tests” For Each Set

“The three tests” are essentially three ways to force observational skills. I will often ask my students to pass them when they have difficulty with a set. They are as follows:

Sometimes even the whole piece can be learned with separate hands first. However, this is certainly not an absolute rule. There are many sets that can be solved while playing both hands right away.

Prioritize Linking Your Sets Together

It is a good idea to prioritize linking larger sets together in the beginning of the piece unless there is a good reason not to. After all, when a student goes to a lesson, it is better if they tell me that they’ve linked together the whole first page rather than just saying that they’ve practiced 2 measure sets through the whole piece. Of course, if they’ve solved 2 measure sets on the second page, that could help us to save a lot of time.

Solve a Set Completely Before Giving Yourself a Pass

Sets can be split into smaller sections, practiced separate hands, practice slower, etc., but the idea is that they are split into small, achievable goals and then definitively “passed”. Then, these solved sections are linked together using additional problem-solving skills. For students, I can show them how to solve the sets and they become better problem-solvers over time. If I’m the one having difficulty solving a set, it is almost always because of a technical issue, not a memory one - in that case, I just have to be patient and do the best that I can. The sets will be “solved” in terms of memory, but I’ll have to continue to work on the technical issues in my daily practice.

David Chang, a professional pianist and educator in Brooklyn, helps highly motivated adult students learn advanced piano music more quickly than they thought possible. His piano lessons are available in a 1-on-1 setting (for a select few), in Strategic Teams, and online.